Combination Immunotherapy the New Standard for Patients with Metastatic Melanoma

The newer PD-1–blocking antibodies, such as nivolumab (Opdivo) and pembrolizumab (Keytruda), have demonstrated higher response rates than ipilimumab (Yervoy), the cytotoxic T-lymphocyte antigen-4 blockade agent that was the first in decades to show an OS benefit in patients with advanced melanoma.

“If patients are educated and prepared for side effects and communicate about them rapidly, early intervention reverses almost all of them,” Dr O’Day said. Although adverse events led to treatment discontinuation in 29.4% of patients who received nivolumab plus ipilimumab, the objective response rate was nearly 70% in patients who discontinued the combination therapy. “Those responses are still durable, so with coming off therapy, while it shortens treatment, the opportunity for long-term survival is still there,” Dr O’Day said.

Jeffrey S. Weber, MD, PhD, Deputy Director, Perlmutter Cancer Center, NYU Langone Medical Center, focused on the high toxicities associated with the combination of nivolumab plus ipilimumab. “You can talk about a zero death rate in a very tightly controlled, well put together randomized phase 3 trial, but when it comes to treatment in the community, where physicians have less experience, it’s going to be a different scenario.”

Dr Weber also said that roughly 40% of patients with melanoma with PD-1 ligand 1 tumors with an “inflammatory signature” are likely to benefit from PD-1 abrogation alone, with little need for adding ipilimumab.

“The toxicity of combination therapy suggests that those over 75-80 years of age or with significant comorbidities should be treated with single-agent PD-1 or a PD-1 combination other than ipilimumab,” he added.

Dr Weber suggested that patients with BRAF mutation melanoma with low-to-normal lactate dehydrogenase (LDH) levels will likely respond as well to targeted BRAF plus MEK inhibitors, such as dabrafenib and trametinib, as they will to ipilimumab plus nivolumab, with a 30% plateau in OS. Combination therapy with BRAF plus MEK inhibitors is considerably less toxic than ipilimumab plus nivolumab combined.

For patients with BRAF mutation melanoma and with high LDH levels, a brief induction with BRAF plus MEK inhibitors followed by ipilimumab plus nivolu­mab may be preferred, because the BRAF plus MEK combination induces a T-cell influx into tumors, and converts a “cold” tumor to a responsive “warm” tumor.

Dr Weber said that an early-phase study with pembrolizumab and an indoleamine 2,3-dioxygenase inhibitor demonstrated a 53% objective response rate, similar to nivolumab plus ipilimumab, but with significantly less tox­icity. “Therefore, ipilimumab plus nivolumab combination therapy is not indicated for all metastatic melanoma patients,” he concluded.

“I completely agree with Dr Weber that the combinations with ipilimumab should be given through experienced hands. There needs to be a big commitment from the patient and the family to communicate information about side effects,” Dr O’Day said in an interview.

Although the pituitary cases (hypophysitis) typically require lifelong replacement therapy, which is a hassle for patients, the more important colitis and liver toxicities are generally reversible.

Combinations of a PD-1 agent with ipilimumab at lower doses, or with a third intralesional therapy, such as tal­imogene laherparepvec (Imlygic), may also prove successful for patients with metastatic melanoma, Dr O’Day said. 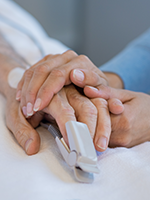 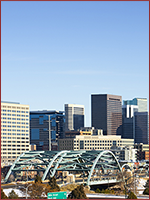