Amrubicin Better Than Topotecan for Second-Line Therapy of SCLC? 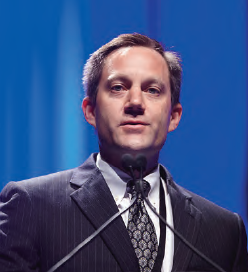 CHICAGO—The phase 3 ACT-1 trial suggests that amrubicin may have some advantages over topotecan as secondline treatment for small-cell lung cancer (SCLC). Both drugs achieved similar overall survival (OS) as second-line treatment, but amrubicin improved response rates, improved progressionfree survival (PFS), and improved control of lung cancer–associated symptoms, where as topotecan worsened those symptoms. Prespecified subgroup analysis suggested that amrubicin achieved a modest improvement in OS compared with topotecan in patients who were refractory at baseline.

This study suggests some benefit for amrubicin in the second-line setting, said lead author Robert Jotte, MD, PhD,director of thoracic oncology, Rocky Mountain Cancer Center, US Oncology, Denver, Colorado. “Topotecan is too difficult to use and is not a good option for our patients,” he noted during his presentation of study results. SCLC has a dismal prognosis, with a 5-year survival of about 6%, and more effective treatments are a pressing need, he told the audience. The ACT- 1 investigators compared 2 drugs to see if outcomes could be improved. Topotecan is approved in the United States and Europe as second-line treatment of SCLC, and amrubicin, a potent topoisomerase II inhibitor, is approved in Japan for SCLC and non-SCLC.

The study randomized 637 patients in a 2:1 ratio to amrubicin 40 mg/m2 intravenously (IV) on days 1 to 3 or topotecan 1.5 mg/m2 IV on days 1 to 5 with growth factors given in the last third of the trial. Baseline characteristics were well match ed between the groups. Median age was 62 years, about 58% were men, and groups were well matched for sensitive patients and refractory patients (who progressed after first-line therapy) and for extensive and limited disease at diagnosis. One prior line of chemotherapy was allowed for enrollment.

Both arms received a median of 4 cycles of chemotherapy. More patients received full-dose chemotherapy in the amrubicin arm: 92.7% versus 86.9%, respectively. More than three quarters of the amrubicin patients did not require dose reductions compared with 55.3% of the topotecan-treated patients.

OS was not significantly or numerically different between the 2 groups; median OS was 7.5 months in the amrubicin arm compared with 7.8 months in the topotecan arm. The hazard ratio of 0.880, however, suggested that amrubicin achieved some improvement over topotecan after 6 months, Jotte said.

Amrubicin achieved better control of SCLC symptoms, with improved ap - petite, cough, and dyspnea, whereas these symptoms worsened on topotecan. Both treatments caused fatigue, but fatigue was about 3 times greater in the topotecan arm. There were more infections (13.2% vs 8.6% with topotecan) but fewer transfusions needed (31.8% vs 52.8% with topotecan) in the amrubicin arm. More anemia, neutropenia, and thrombocytopenia were reported on the topotecan arm. About 11% of patients in both arms died on treatment. Although there was concern about cardiotoxicity with amrubicin, with cumulative dosing, no difference in left ventricular ejection fraction was reported between the 2 arms.

During the question-and-answer session, Steven Vogel, MD, a community oncologist in New York City, said that there are other available second-line options for this poor-risk population, some of whom will respond to etoposide and cisplatin. Vogel said that in his practice, whether he uses amrubicin will depend on cost.