Biosimilars provide more options for care at a lower cost for patients, but due to Medicare’s perverse incentives, many pharmacy benefit managers and health plans have been slow to prioritize biosimilars, leaving savings on the table. Last week, the US Department of Health and Human Services (HHS) Office of Inspector General (OIG) released an important analysis that drives home just how poorly Medicare plans are doing when it comes to making FDA-approved biosimilars available to America’s seniors.

The OIG calculates that the result is millions of dollars in lost savings for patients and taxpayers. The report found that, in 2019 alone, the Medicare program could have saved between $84 million and $143 million, or 18% to 31% of the program’s gross spending on biosimilars and branded products. And the OIG determined that seniors in Medicare missed between $2 million and $3 million in savings, which is 12% to 22% of seniors’ spending on these products (Figure). 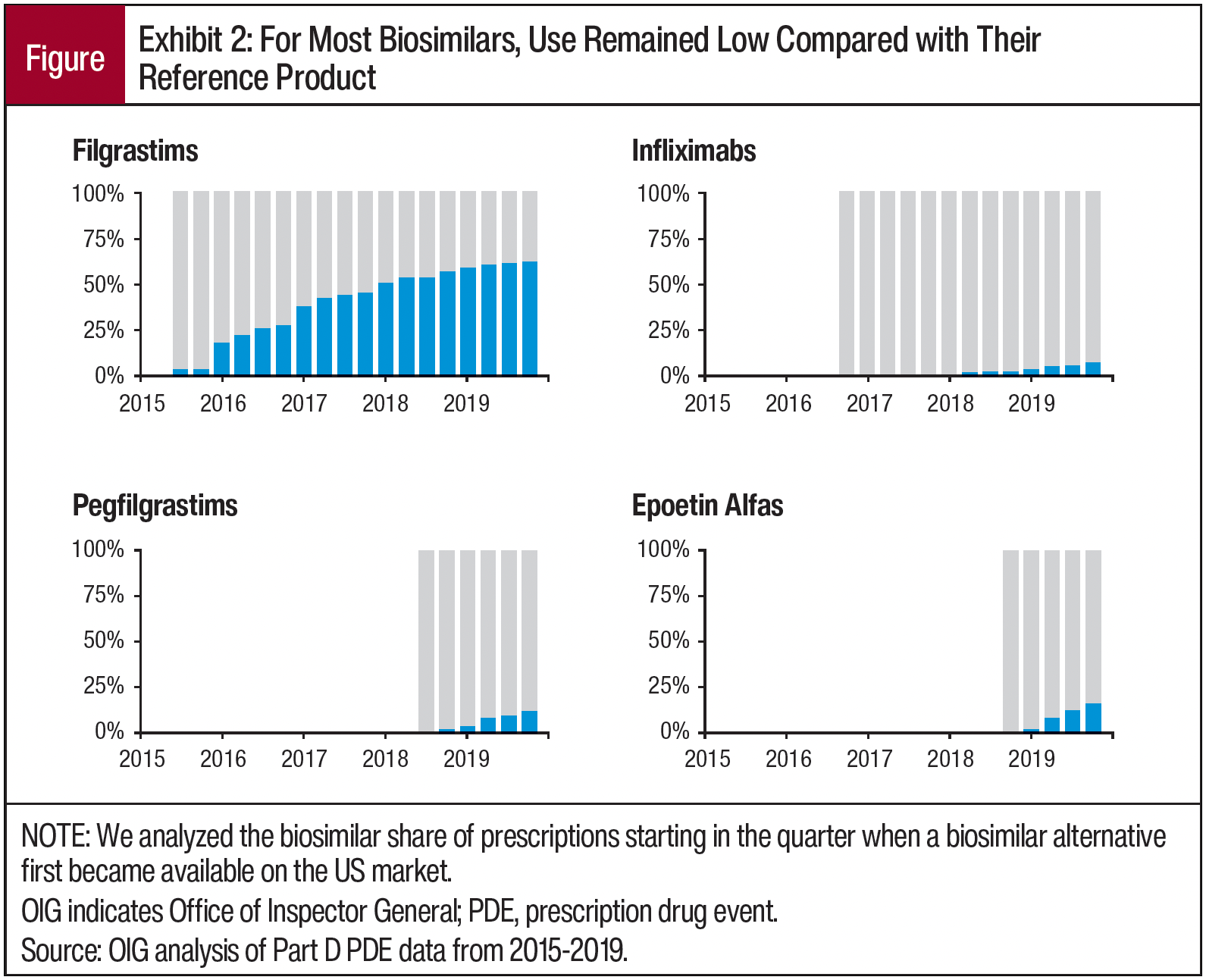 The OIG recommended that the Centers for Medicare & Medicaid Services (CMS) encourage Part D plans to increase access to biosimilars and that it monitor plans’ coverage of biosimilars, recommendations that the Biosimilars Council has long supported. CMS took an important step in this direction in 2020, when it allowed plans to use a second, “preferred,” specialty tier with lower cost-sharing for seniors. Unfortunately, in practice, few plans have used this flexibility to reward patients for using lower cost biosimilars.

There are a number of options for CMS and Congress to encourage greater biosimilar adoption in Medicare Part D:

The work to encourage biosimilar adoption in Part D is just beginning and will grow in importance as more biosimilars enter the Part D market.2 In particular, the entry of as many as 7 biosimilar versions of Humira (adalimumab) next year represents an important test for the program. It is critical that the Administration and Congress take advantage of these bipartisan approaches to reduce drug spending by increasing the use of biosimilars and ensure that their savings potential is fully realized for patients.

To learn more about policies that will boost biosimilar uptake and generate savings for the patients visit biosimilarscouncil.org/advocacy.