Scottsdale, AZ—A shorter interval from surgery to the start of radiation therapy has been linked to improved survival in patients with head and neck cancers, according to data presented at the 2018 Multidisciplinary Head and Neck Cancers Symposium. Results of a retrospective analysis showed that patients who received radiation within 42 days of surgery had a median overall survival (OS) of 10.5 years versus 8.2 years for those who received radiation 43 to 49 days after surgery. Moreover, when radiation was delayed by ≥50 days postsurgery, the median OS dropped to 6.5 years. The data also demonstrated improved OS for patients who received accelerated versus standard fractionated therapy, the investigators noted.

“The study also supports measures to intensify therapy with accelerated fractionation, especially when delays are unavoidable or patients are at high risk for failure,” he added.

Dr Harris and colleagues searched the National Cancer Database between 2004 and 2013 to investigate the effect of delayed radiation postsurgery on OS. Patients included in the analysis had squamous-cell carcinoma of the oropharynx, oral cavity, hypopharynx, or larynx. Selected patients also had nonmetastatic stage III/IV tumors, and had definitive surgery followed by adjuvant radiation therapy within 21 to 90 days, with an absorbed dose of 45 to 76 Gy.

“When compared to a 42-day delay, a shorter interval between surgery and the start of radiation did not necessarily infer statistically significant benefit to OS, but a prolonged delay resulted in worse survival, which became significant starting at 49 days,” Dr Harris told attendees.

“However, there may be some subsets of patients, including [those with] tonsil cancer, for whom radiation should not be delayed longer than 42 days,” he added. 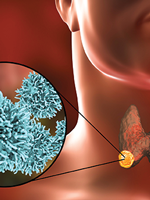