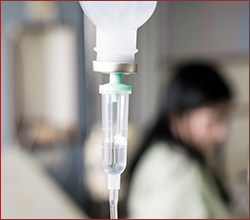 On February 14, 2018, apalu­tamide (Erleada; Janssen Pharmaceuticals), an androgen receptor inhibitor, received accelerated approval by the FDA for the treatment of patients with nonmetastatic, cas­tration-resistant prostate cancer (CRPC). Apalutamide is the first treatment approved by the FDA for patients with nonmetastatic CRPC, and was approved under the FDA priority review process.

“This approval is the first to use the endpoint of metastasis-free survival, measuring the length of time that tumors did not spread to other parts of the body or that death occurred after starting treatment,” said Richard Pazdur, MD, Director of the FDA’s Oncology Center of Excellence.

“In the trial supporting approval, Erleada had a robust effect on this endpoint. This demonstrates the agency’s commitment to using novel endpoints to expedite important therapies to the American public,” Dr Pazdur added.

The approval of apalutamide was based on data from a single clinical trial that included 1207 patients with nonmetastatic CRPC who were randomized to apalutamide or a placebo. All patients also received gonadotropin-releasing hormone analog therapy or surgical castration. 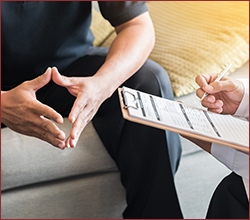 On February 16, 2018, the FDA approved an expanded indication for durvalumab (Imfinzi; AstraZeneca), a PD-L1 inhibitor, for the treatment of patients with unresectable stage III non–small-cell lung cancer (NSCLC) that did not progress after chemoradiation. Durvalumab received accelerated approval in 2017 for the treatment of certain patients with metastatic or locally advanced bladder cancer.

“This is the first treatment approved for stage III unresectable non-small cell lung cancer to reduce the risk of the cancer progressing, when the cancer has not worsened after chemoradiation. For patients with stage III lung cancer that cannot be removed surgically, the current approach to prevent progression is chemoradiation,” said Richard Pazdur, MD, Director of the FDA’s Oncology Center of Excellence and Acting Director of the Office of Hematology and Oncology Products in the FDA’s Center for Drug Evaluation and Research.

“Although a small number of patients may be cured with the chemoradiation, the cancer may eventually progress. Patients now have an approved therapy that has been shown to keep the cancer from progressing for a longer time after chemoradiation,” Dr Pazdur added.

This new indication for durvalu­mab was based on data from a clinical trial comprising 713 patients with NSCLC that did not progress postchemoradiation. Patients were randomized to receive durvalumab or placebo. The median progression-­free survival was 16.8 months with durvalumab versus 5.6 months with placebo. The overall survival rates are still pending, and will be provided to the FDA postmarketing by the sponsor.

The common side effects associated with durvalumab in patients with unresectable stage III NSCLC include cough, fatigue, pneumonitis, upper respiratory tract infections, dyspnea, and rash. Serious side effects include pneumonitis, hepatitis, colitis, endocrinopathies, and nephritis, as well as infection and infusion-­related reactions.