Previously, testing for microsatellite instability (MSI) or mismatch repair deficiency (dMMR) has been performed as a screening test to identify patients with Lynch syndrome in colorectal and endometrial cancer, in addition to providing prognostic and predictive data in colorectal cancer (CRC).1-3 However, with the recent US Food and Drug Administration approval of pembrolizumab with MSI/dMMR as a companion biomarker, pathologists must re-evaluate their approach to MSI/dMMR testing. MSI has been characterized in at least 14 different tumor types, albeit at varying frequencies, and there is evidence to suggest that traditional polymerase chain reaction (PCR)-based MSI testing, which was optimized for colon cancer, may not be the best approach to identify MSI in other tumor types.4 Studies examining the landscape of MSI in various cancers have shown that different tumor types tend to exhibit instability at different microsatellite loci throughout the genome, and a PCR-based test that is limited to the evaluation of only 5 loci may not adequately capture this heterogeneity.4 These issues must be kept in mind when evaluating approaches to implement more universal MSI/dMMR testing to identify patients who may respond to immune checkpoint inhibitors.

Next-generation sequencing (NGS) offers many advantages, such as streamlining and integrating the growing number of tests and biomarkers that are required from a single pathology specimen. For example, MSI can be easily incorporated into a targeted cancer NGS panel, as it is currently being done in many molecular diagnostic laboratories, which offers the advantage of simultaneously detecting instability across tens to hundreds of microsatellite loci, potentially alleviating some of the limitations present in the PCR-based panels. This is a particularly attractive option for MSI/dMMR testing when other molecular alterations are already being investigated for clinical care and patient management, such as extended RAS mutation testing in CRC. Additionally, NGS has the advantage of being able to detect other emerging biomarkers for immunotherapy, including tumor mutational burden and POLE/POLD1 mutations that are associated with a high mutation rate and neoantigen load.5-7 However, limitations exist for this approach, such as the lack of universal reimbursement for NGS testing, and pathologists will likely still need to employ other methods of MSI/dMMR testing, such as immunohistochemistry and PCR. Because immunotherapy biomarkers are currently a dynamic area of active investigation, pathologists must be mindful of the most effective ways to implement these biomarkers in our laboratories to maximize utilization and improve patient care. 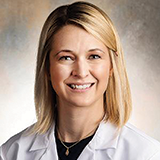